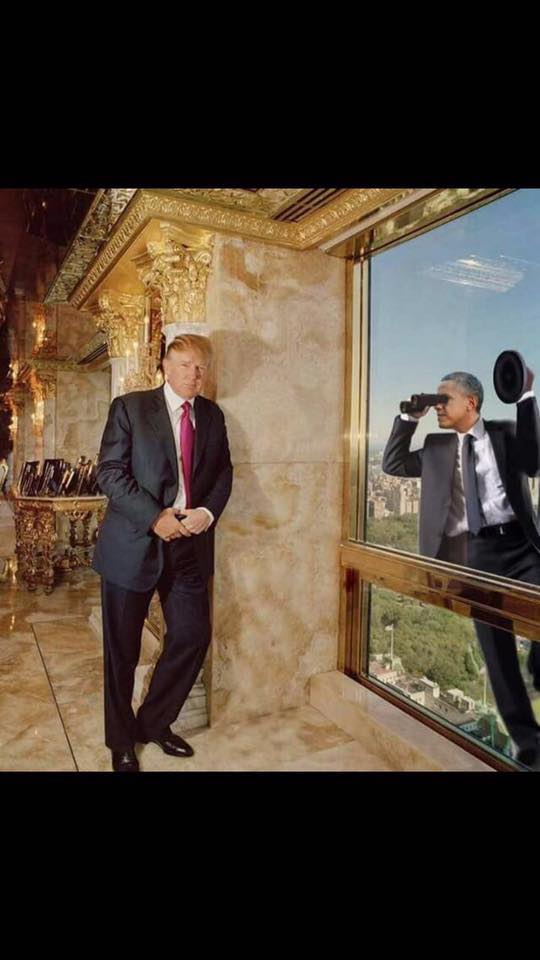 January 20, 2017 The New York Times reported “Wiretapped Data Used in  Inquiry of Trump Aides” and the report indicated there was no evidence found regarding collusion between Trump aides and the Russians!

Today, the paper ignores its earlier report because it would support President Trump’s contention that the Obama administration spied on his campaign!

Did someone say fake news?

EARLIER TODAY ON the Hannity radio show he had two guests  one is a former CIA agent and the other is the designer of the meta-data system developed for  NSA to spy on every American. The designer said this spying can be done outside the system (without a warrant) and they can go back 10 years on EVERYONE. He said, “TRUMP is RIGHT. …”

“The designer said he ‘couldn’t take it anymore’ and he got out. Hannity is FLABBERGASTED.”
“Obama opened up all our information to 16 other agencies and they are having a field day with it. So – what sort of criminal act is that on Obama’s part? See more on Hannity.”
This statement above is why the hacking leakers like Assange got both Left and Right riled up by revealing WE THE PEOPLE were being spied on! Snowden and Assange broke the law, BUT ARE ALSO HEROES! If you believe in the Constitution you will agree we need to dismantle the entire NSA!
I’m thankful to President Trump for also revealing this crime and not taking advantage of it as both the Bush and Obama administration did against WE THE PEOPLE! Those worried about Trump’s dictator tendency should put their fear aside, open their eyes and see that Trump is for us, otherwise he could have kept his mouth shut, taken control of this system, and set up what the looney left claims to be afraid of about President Trump!!!
FROM THE WASHINGTON POST:

LONDON — A former British legislator is at the heart of the Trump administration’s explosive allegation that President Barack Obama was spying on him during the 2016 campaign.

But who exactly is this British legislator, Louise Mensch?

For starters, the politician-turned-journalist is the writer behind an article published on the eve of the election titled: “EXCLUSIVE: FBI ‘Granted FISA Warrant’ Covering Trump Camp’s Ties To Russia.

The article, published on the right-leaning, libertarian website Heat Street, did not create much of a stir at the time. But it has come under the spotlight after Trump, in a tweet over the weekend, accused Obama of wiretapping his offices during the election campaign. Trump compared the alleged bugging to the Watergate scandal, but he has not offered any evidence to back up his claims.

My dear Ms. Mensch, what do you think FISA warrants are for besides going through someone’s trash, closets and under their bed.  The main result of a FISA warrant is to listen in on their phone conversations!

Over the weekend, the White House cited reports “from BBC, Heat Street, New York Times, Fox News, among others” to justify the claims. Former Obama administration officials and aides have denied the accusation.

Obama didn’t deny anything except that “He didn’t order the tap!  He did not say the same for anyone else in his executive branch! In a 140 word tweet it is understood the name Obama represents his entire section of the government!  Just as there is no written correspondence telling Lois Lerner to squash all efforts by the right wing groups prior to the 2012 election, she did it!

After combing through these news reports, The Washington Post’s Glenn Kessler concluded that the piece by Mensch in Heat Street was “the most important” of the lot.

In her report, published Nov. 7, Mensch said the FBI was granted a FISA court warrant in October “giving counter-intelligence permission to examine the activities of ‘U.S. persons’ in Donald Trump’s campaign with ties to Russia.”

She cited “two separate sources with links to the counter-intelligence community” as evidence for those claims.

Mensch, who is based in New York, said her sources contacted her because of her outspoken backing for the intelligence community. She has, for instance, called Edward Snowden, the former National Security Agency contractor who leaked classified documents, “a loathsome traitor.”

“They gave me one of the most closely guarded secrets in intelligence,” she said, referring to her sources. Speaking to the Guardian, a left-leaning British newspaper, she added: “People are speculating why someone trusted me with that. Nobody met me in a darkened alley in a fedora, but they saw me as someone who has political experience and is their friend. I am a pro-national security partisan. I don’t have divided loyalties.”

Mensch, 45, is a force on social media and describes herself on Twitter as a “Conservative. Feminist. Optimist. Patriot.”

Anyone who follows her on Twitter — and more than 170,000 people do — knows that she is not a Trump supporter and has been probing Trump-Russia links for some time.

Her name also appeared in the hacked emails of John Podesta, the former chairman of Hillary Clinton’s presidential campaign. In an email she sent to the Creative Artists Agency that was forwarded to Podesta, Mensch described herself as a “committed Republican” who was concerned about a Trump presidency and offered a suggestion for a campaign ad for Clinton

In Britain, Mensch is best known for her stint as a Conservative lawmaker and for her work as a successful chick-lit novelist under her maiden name, Louise Bagshawe.

She resigned as a lawmaker in 2012, saying it “proved impossible to balance the needs of my family.” The mother of three moved to New York to live with her husband, Peter Mensch, manager of the bands Metallica and the Red Hot Chili Peppers.

Although she served as a member of Parliament for only two years, she quickly became a high-profile figure, partly because of her leading role in a parliamentary committee investigating phone hacking at Rupert Murdoch’s News of the World tabloid.

Mensch was one of four Conservative lawmakers on the committee who refused to endorse the panel’s conclusions. The committee’s description of Murdoch as “not a fit person” to run a major international company, Mensch said, was “partisan” and unjustified. She also apologized to the broadcaster Piers Morgan after falsely accusing him of admitting to phone hacking.

Mensch was regularly featured in the news when she was a politician. She was once contacted by an investigative journalist who claimed to have pictures proving that Mensch had taken drugs in a nightclub in the 1990s with the violinist Nigel Kennedy.

Mensch responded in a statement by saying it was “highly probable” and apologized for her dancing.

“Since I was in my twenties, I’m sure it was not the only incident of the kind; we all do idiotic things when young. I am not a very good dancer and must apologize to any and all journalists who were forced to watch me dance that night at Ronnie Scott’s,” she said.

She works as an executive for News Corp., a media company owned by Murdoch. She helped to launch Heat Street last year but left that role in December and is focusing on creating digital media projects for the company

Look at the first picture, crime against a sitting president by a former president could create an emergency!

Sgt. Al, USMC would like you to look at a few items that will help you in an emergency! 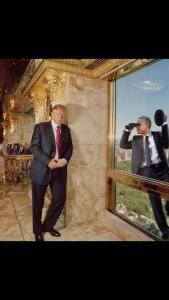 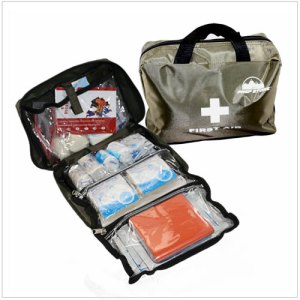 Ham radio, Solar charger to keep up to 4 devices working if the grid goes out, First Aid kit, and a comfortable back pack to carry it all, as well as the 40 other items available individually or complete as a pack!  Contact sgtalusmc@yahoo.com for retail sales
If interested in becoming a dealer go to https://readynetwork.com/battista