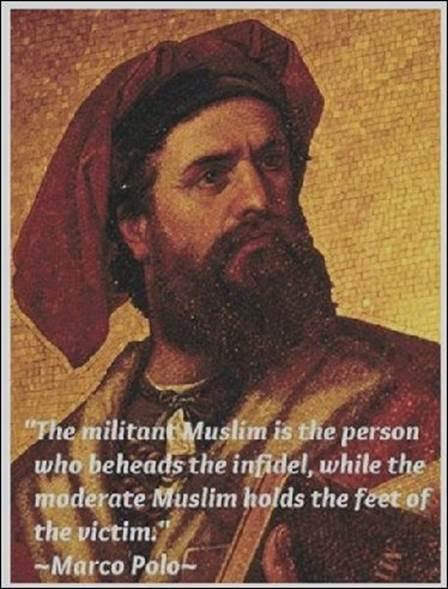 WOULD YOU INTENTIONALLY WALK INTO AN AMBUSH?  Not if you have any brains.  In this election cycle there appears to be only three (3) candidates with brains, Trump, Carson and Cruz.  The rest, both parties, are dumb politicians!  Donald Trump shows his intelligence by avoiding this trap set by the RNC and Fox News!  Here’s the rest of the story:

After FOX News hired a Muslim activist, approved by the RNC, to bash Donald Trump, no wonder he pulled out of the Jan. 28th FOX Republican debate
FOX News and the far left, pro-Muslim biased Google have invited a Muslim YouTube personality, Nabela Noor, to ask questions at tomorrow night’s debate.
Noor is a pro-Muslim advocate who describes Donald Trump as a bigot and who visually portrayed him as being in agreement with Adolf Hitler.
NABELA NOOR’S ACCOUNT

NABELA NOOR’S ACCOUNT reported at Breitbart:
“We have a presidential candidate whose loudest message reeks of hatred and Islamophobia… turning on the news now is scary, and oftentimes, humiliating,” the Muslim woman, Nabela Noor, says in a December Youtube video (below). She admits to becoming a Muslim political activist amid the growing criticism of Islam’s doctrines. “The current social environment for Muslims today is not safe or just…”
The two companies announced Tuesday afternoon that the anti-Trump Muslim advocate would be allowed to play a role in the debate. The Republican National Committee also approved the choice of Noor, an LA.-based press aide for YouTube, Jackie Cavanagh, at MPRM Communications, told Breitbart. “I believe” she was chosen by YouTube, with help from the RNC and Fox, she said.

So, while Rupert Murdock and the rest of the One-World cabal think they can out-Fox the Trump card, once again Trump proves he is right and avoided this ambush.

Notes: Ms Noor forgets that during World War II most of the Arab world was aligned with Hitler.  If you look closely you will see they still are!

It may sound like I’m a Trump supporter.  Yes, but not entirely, my two first choices-Dr Ben Carson and Ted Cruz!  Call me the Carson-Cruz and Trump with a question mark supporter!

This is a subject for a long blog, but it speaks for itself in a loud clamor just as it is written. So only one more item need be mentioned.  Meghan Kelly, at Fox, has been selected the “hatchet woman” to do away with Trump!  She seems delighted in the role.  Meghan, we do not watch you in our house any more.  As soon as O’Reilly is over we switch the channel.  I hope a few million more will do the same!  I only hope Trump has some very good body guards.

PS: Donald, DO NOT TRUST ALL OF THE SECRET SERVICE AGENTS THEY SEND YOU!

Always remember the “fish stinks from the head down!”

And he shall be `as’ a wild ass among men; his hand `shall be’ against every man, and every man’s hand against him; and he shall dwell over against all his brethren

Ismael, the father of the Arabs, set the stage for today’s activities by ISIS, Hamas and the other crazy groups! … “thou shalt call his name Ishmael” who like his half brother Isaac, and his nephew Jacob, spawned many generations of people.  While the children of Isaac and Jacob have had their crazy spells (ie the Christian Crusades, Russian Revolution, etc) it seems like over the past 5,000 years the Judeo-Christians have moderated a lot of that craziness, but the spawn of Ismael is still stuck back in the 7th Century!  Below you can read the entire record of the birth of Ismael, and decide for yourself if he set the stage for the blood letting of the Jihadist Muslims?