Hillary supporters are threatening people if they report on the many negative truths about “that woman” Hillary Clinton!  Apparently they listed all of the words that cannot be used to describe her, even when they are true!  Reading the list of “No, Nos” published in The New York Times” I noticed a glaring omission that will suffice by wrapping all the “No,No” words into one, simple, easily understood four letter word:  LIAR!
In Case You Forgot!!!!

Should you pass this on? My recommendation is that you
Do it now…..or you can wait until she is the PRESIDENT!!
America made a bad mistake in 2008! (Fool me once, shame on me, but we were conned.)
America made an absolute HORRENDOUS mistake in 2012! (Fool me twice, shame on me!) We knew better!
No democrat can fix it! Only one Republican can undo the messes made over the past 6 years:

“I want people to understand that we, the American people, are not each others enemies. The real enemies are those people who are trying to divide us into every little possible group.”

“As his support has grown across the country, he has found out that political enemies don’t care much about honesty or truth-telling. Rather, anyone with a platform can say anything he wishes in an effort to discredit a candidate. The candidate must then work to earn voters’ trust again in the face of lies.”

Get Your Own Run Ben Run!
Retractable Banner 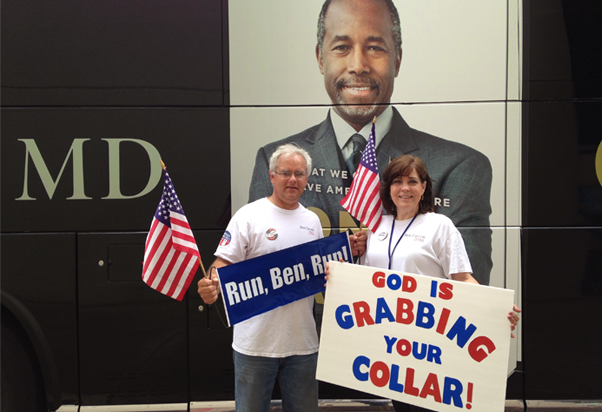